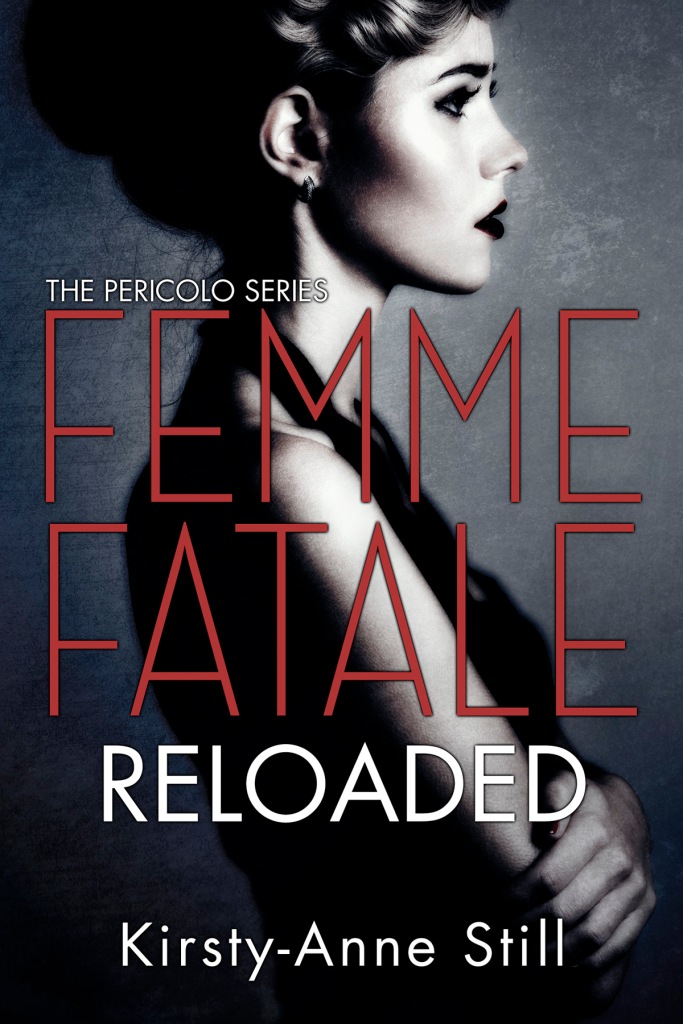 Kirsty-Anne Still’s Femme Fatale Reloaded, number two in The Pericola Series, revolves around Amelia Abbiati and her struggle with her crime-ridden family led by her father, the Don, Salvatore Abbiati.

Initially, the reader meets the protagonist in Italy where Amelia is being retrained, so to speak, by her uncle for failing to assassinate one Zane Maverick (every girl’s dream), a cop and her ex-lover, and for pulling a gun on her father.

Once four months of rigorous ex(ecutions)ercises come to an end, Amelia is reunited with her brothers and father at the family compound outside Manhattan with one Lorenzo Mancini (an Italian Zane lookalike) in tow.  I will admit;  I was rooting for Lorenzo-as-boyfriend at first until a thorough characterization of Zane came to fruition (read:  tall, dark, handsome, romantic, strong, intelligent, protective, etc.).  Thus, the ideal guy who will stop at nothing to get his girl.

What follows is a struggle between good and evil as well as an on-again, off-again, on-again, off-again, on-again romance.  Although the love story is predictable and a tad high schoolish (technical term) in maturity, the private (and public, for that matter) encounters between Zane and Amelia are anything but sophomoric.  Yowza. . . and then some!

An entertaining read, I would have liked to have known more regarding the circumstances of Amelia’s mother’s death as well as Bruno’s ability to live free of the family business, but in such close proximity to his father.  Perhaps these details were explained in the first book of the series which, I admit, I have not read, but just may have to add to my reading list.